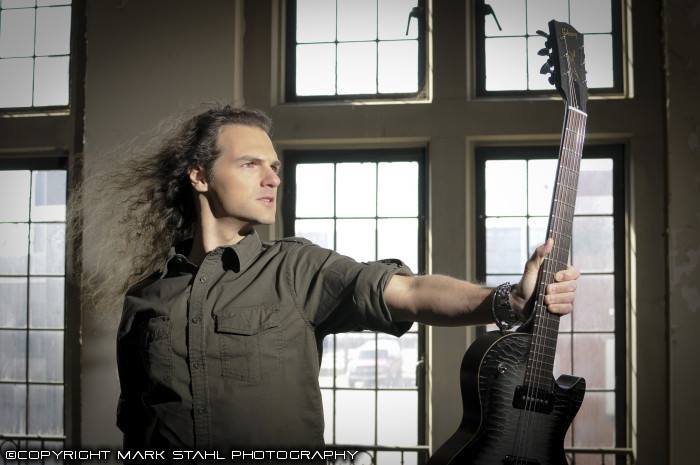 It's hard to be the child of greatness, trying to follow in the steps of one's father. Especially in music. History is rarely kind to second generation musicians: Carl Philipp Emanuel “C.P.E.” Bach gets reduced to an acronym, and Frank Zappa's children are -sorry, guys- mostly remembered for their offbeat names.

It gets even worse if you're just adding a “Jr” on there. Just ask Hank Williams.

So when Joe Vitale Jr., son of the great rock and roll drummer from The Eagles, releases an album that could be described as electro-country-rock, it's hard not to go in with a bit of cynicism. The verdict? It's not perfect, but he has a unique voice and perspective in his music that just needs a bit more refinement and experience.

Vitale has one foot very much in the past – virtually every song feels like a deconstruction of a music genre, re-engineered for Vitale's sound. Most of them hail from the 80s, at least, which increases the feel of him crossing paths with his father.

When he rocks, he rocks. “I Don't Belong Here,” a song about a country guy getting lost in the big city seems to be a metaphor for technology's creep into country music, except it combines some rockabilly guitar with electronic flourishes ably. Similarly, his Reznor-influenced-rocker “I Only Need You” takes the ubiquitous country ballad and puts it in a blender with Industrial drums and a guitar line straight out of Doom.

Similarly, when he's doing more of his own thing on tracks like “Dancing With Shadows,” which is a great update of smokey 70s blues-rock with a side of funk. Which, yes, also gets the electro-country treatment and comes out in a fun, if somewhat cheesy place.

Vitale stumbles a bit with this “kitchen sink” approach, and not every song stands up with the others. “Live For the Weekend” is a tepid wannabe anthem rocker, but it has nothing on “I Wanna Rock And Roll All Night And Party Every Day.” Similarly, “It's Not Me” takes a strangely emo vibe, with one bro advising another to dump a cheating girlfriend. He's got some more nice blues guitar in there, but it's not as clever as he thinks.

Joe Vitale Jr has huge potential, and there's a lot of fun to be had with his debut album. With more polish, he could overcome the curse of “Junior” yet.