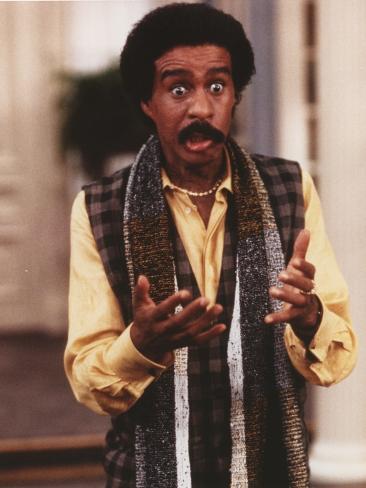 SiriusXM will honor comedian Richard Pryor with three weeks of special programming dedicated to the late star. Beginning May 21 on Comedy Greats channel 94, listeners will hear newly remastered versions of Pryor's entire discography, plus an original audio documentary hosted by Ron Bennington. The tribute, Richard Pryor: Still Outrageous, will feature three recently discovered standup albums, which will be the first time they are available to the public, in addition to rare and never-before-released tracks. Pryor is widely considered one of the greatest comedians of all time. He rose to stardom in the 60's with his provocative standup and, along the way, won an Emmy Award and five Grammy Awards. He was the first-ever recipient of the Kennedy Center Mark Twain Prize for American Humor, in 1998.

Beginning May 21, SiriusXM Comedy Greats will take listeners through his entire career, showcasing the growth of his comedic artistry throughout the 1960s, 1970s, and 1980s. One album will play each day at 9:00 am ET from May 21 through June 8.

In addition to the newly discovered albums albums, which Pryor's wife Jennifer recently found in his old storage units, a four-movie DVD collection of his films will be released in June. The set includes Car Wash, Which Way is Up?, Brewster's Millions, and Bustin' Loose.

"I'm always excited to share Richard's comedy with his fans," said Jennifer Pryor, Richard's wife. "When we cut open the box containing this lost footage – literally using bolt cutters to break the lock – I was overjoyed to find all of this new material, and instantly knew we had something special. I'm so glad SiriusXM is paying tribute to the Original King of Comedy and making these albums available to millions of listeners."

SiriusXM subscribers will be able to listen to the Richard Pryor tribute on SiriusXM radios. Those with streaming access can also listen online, on-the-go with the SiriusXM mobile app, and at home on a wide variety of connected devices including smart TVs, Amazon Alexa devices, Apple TV, PlayStation, Roku, Sonos speakers and more. Go to www.SiriusXM.com/streaming to learn more.