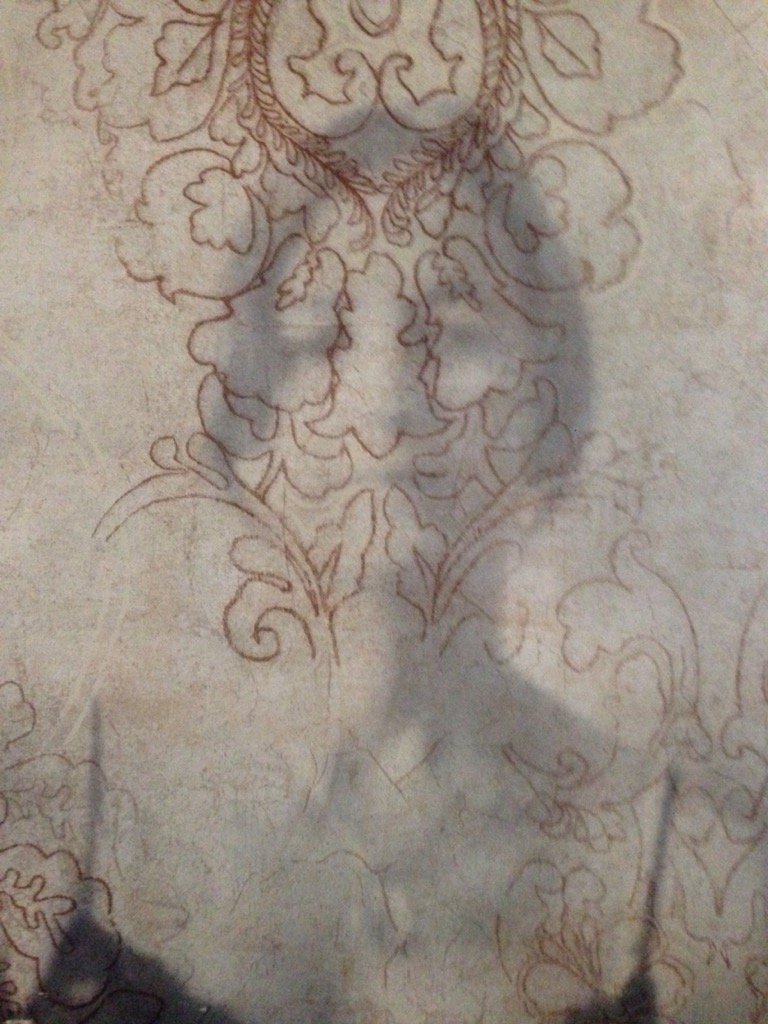 Southern California-based artist Janine Brown’s solo photographic show “The Wallflower Project” will open on Saturday, April 9 at Gallery 825, the exhibition arm of Los Angeles Art Association.  Brown will present a group of portraits created with a hand-assembled cardboard pinhole camera and shot on 35mm film. There will be an artists’ reception at the gallery from 6-9PM that evening (825 N. La Cienega Boulevard, West Hollywood, CA 90069). The show runs through May 6.

Art critic Shana Nys Dambrotcomments, “’Brown’s “Wallflower Project’ is a black-and-white pinhole photography portrait series in which individual subjects seem to emerge from whispers of the unique wallpaper patterns in the backgrounds that surround them. With a nod to Victorian spiritualist parlor games and empathy for the social travails of the shy or unremarkable, Brown’s portraits transform these so-called wallflowers into witty, romantic, and mysterious centers of creative attention.”

Brown’s Artist Statement begins with a dictionary definition of wallflower, a term first used in the 1800s: “A person who has no one to dance with or who feels shy, awkward, or excluded at a party.”  She decided to examine the idea through portraiture, explaining, “Although I never thought of myself as a ‘Wallflower,’  I started thinking about this stigma after a conversation with another artist who told a story about entering parties and how everyone would look at her husband, not her.  I also have experienced this at social events.  My husband and I would be talking in a group, and all of the attention would be on him, who many think is an actor.  I happily would observe the exchange, allowing myself to fade into the background.”

Brown’s intent is to portray that experience in this body of work.  In researching the project, she learned that paper wallcoverings became popular in the 1800s following the development of mass-produced wallpapers and the abolishment of England’s Wallpaper Tax. “Based on this research,” says Brown, ‍“I conceived of ‘The Wallflower Project’ using ‍double exposures‍—portrait + wallpaper—so that the subjects literally fade into the background. The images emerge as ghostly portraits that require the viewer to take notice and spend time to see the individuals before them.”

Brown chose to shoot the portraits with a pinhole camera because of the long exposures that create slightly blurred images.  She found a $15 camera kit that used 35mm film and assembled it with black tape, glue, and rubber bands.  It is essentially a black box that allows the winding and rewinding of film by turning two wooden dowels.  Light comes in through a 0.2mm hole in a thin metal plate, and the shutter is a piece of cardboard that manually slides over the pinhole, making possible adjustable exposure times depending on light conditions. “Very low tech and perfect for me,” she says.

Once an image of the person is taken, the model chooses a wallpaper design that speaks to them from more than 100 samples that the artist has amassed.  Brown then begins another capture of the wallpaper over the portrait, creating the double exposure. “Since there is no viewfinder for my camera, much of the excitement from the project comes from the chance combination of pattern and person,” she says. “Every time I finish a roll of film, I can't wait to get it developed to see what happens.”

Several works from “The Wallflower Project” will also be part of ArtShare L.A.’s “Face in the Crowd,” a group exhibition on view from March 30 to April 16.   Previously, select images from the series were digitally shown at the Louvre in Paris, France, SCOPE Miami Beach, and in Times Square in New York, NY.

Janine Brown is an award-winning multi-media artist. Her work has been shown throughout Connecticut (where she lived for 12 years), in Chicago, IL, and at multiple venues in Los Angeles.  Brown received a Bachelor of Fine Arts from Iowa State University, an Associates in Applied Sciences from the Fashion Institute of Technology, and a Master in Business Administration from the Stern School of Business at New York University.  She is a member of the Los Angeles Art Association and the Southern California Women's Caucus for Arts, and maintains a studio at the Santa Monica Art Studios, Santa Monica, CA.

To see more of the artist's work visit www.janinebrownstudio.com.